Remember That Time I was a Pirate? 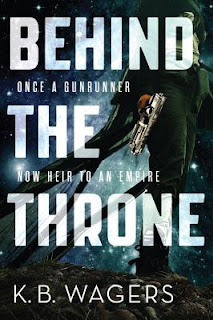 This one is an odd book. There are a couple of things that are both true, and how you as an individual reader balance these will indicate your overall opinion of the book.

Let’s start with the bad first.  This is a fantasy novel that has been ported into a SF setting.  Princess runs away & becomes a pirate, only to have to return & save the empire.  Sounds like a bog standard fantasy plot, right? Well, that’s the plot of this, only it’s in SPAACE.

And the nuts & bolts of the writing is not going to knock your socks off.  I’m not saying that there are big problems, but it’s a far cry from a literary favorite.

So now some good news:  This is really fun!  The plot is propulsive, I wanted to gulp it down as fast as possible. There’s a lot of fun intrigue and court shenanigans, and a big action payoff.

Is it successful? Well, I had a great time reading this book. And I want to read the sequel.  So I have to so that yes, for me it was a success.  That being said, some readers may not be able to get around some of the obvious problems.
Posted by Burgoo at 1:05 PM