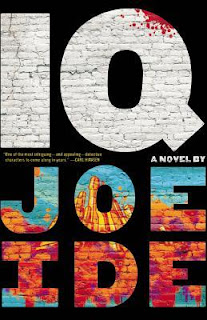 The quick synopsis of this one is “Sherlock in the hood”.  And while that doesn’t tell you everything you need to know, it’s accurate enough for what it actually is.

Isaiah Quintabe is the titular detective.  He’s a young kid who helps out people in the neighborhood. They pay him the best he can.  He needs some big money (for reasons), so he takes a gig brought to him by a guy named Dodson (not exactly a friend).  IQ is Sherlock here, & Dodson is Watson.  It turns out that someone wants to kill rapper Black the Knife (love that name), & IQ is supposed to unravel the mess.

Fun premise, but does first time author Joe Ide pull it off?

Yeah, I think he does a good job.  IQ himself is a compelling character who is actually more sympathetic than Sherlock. We are given a compelling origin story, one that explains IQ’s motivations & his relationships to several other characters.  Tonally, Ide knocks it out of the park.  This is a funny, funky, irreverent take on Long Beach that owes as much to Carl Hiaasen as it does to Walter Mosley.

All that being said, this is still a first novel, & Ide’s style could use a bit of polish.  But he’s one to watch & I think that he’s destined for bigger things.
Posted by Burgoo at 8:33 AM No comments: