If You Think Doctor Who is Always Sunny.... 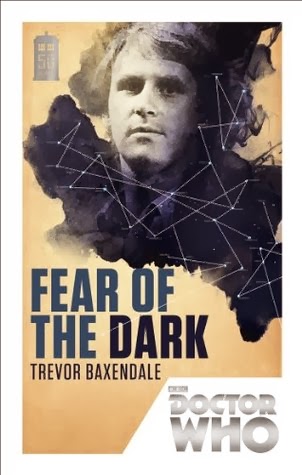 
One of the great things about Doctor Who as a franchise is its flexibility.  The nature of the world means that almost any kind of story can be told.

Fear of the Dark is perhaps the darkest horror story that I’ve encountered in the Whoniverse.  The setup is simple enough:  Five (plus Tegan and Nyssa) are on a deserted moon at the edge of the galaxy.  There’s a small mining expedition there. And more importantly, there’s also an ancient evil:  one that predates the universe itself.

It’s unusual to encounter a Doctor Who story that is this bleak.  All the minor characters begin to be killed off as the evil force gains more power.  Both Tegan and Nyssa are affected:  The Dark can affect their minds, and they become depressed and paranoid.  Even the Doctor is not immune to this meddling:  his more negative qualities are exaggerated, and he is more inhuman than usual.

For all the great setup, unfortunately Baxendale doesn’t stick the landing.  As the villain becomes fully materialized in our universe, it also becomes just another mustache twirling idiot who needs to monologue before being put into his place.  Given the large number of horror stories with lousy endings, this certainly isn’t a deal breaker.
Posted by Burgoo at 10:18 AM