Comics Can Be Fun 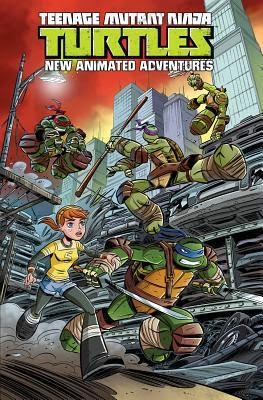 Maybe it’s just because I’m an old guy, but I frequently hear people complaining about the lack of good All Ages comics.  As the industry has gotten increasingly grimdark there’s a vanishing pool of comics that are appropriate for both kids and adults.

That’s where comics like this come in.  It’s colorful and action oriented, with just enough character development to foster individuation amongst the turtles.  But don’t worry.  This isn’t Emo Mutant Ninja Turtles.  It’s all about doing the right thing.  And the stories are told in a fun, simple manner.
I’m not familiar with the TV series, but apparently this stays close to that portrayal.  If you or your kid loves that, this will be sure to be a hit.
Posted by Burgoo at 9:38 AM