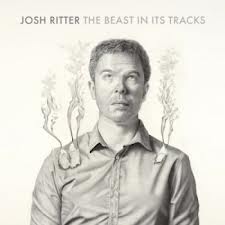 Somewhere in another universe, Josh Ritter is a huge star.  He plays in sold out arenas, rides in big limousines, flies on his own jet.  The release of each of his albums is a big cultural event.

In our universe, Josh Ritter is a talented, if under-appreciated songwriter.  He plays in small to mid-size venues.  None of his records seem to generate much critical conversation or internet buzz.

In my mind, the disconnect seems to be the audience’s abandonment of the building blocks of classic rock.  Don’t take me the wrong way – this isn’t some sort of “Get off my lawn” rant, just an acknowledgement that this type of music has become something that people listen to only occasionally, not the cornerstone of the majority’s listening habits.  It’s just in the mix along with reggae, hiphop, dubstep, the myriad styles of dance music, etc etc.  So while there was a small bubble of more “classic” singer-songwriters around the turn of the millennium – all the Joshes and Bens and sundry—this was just another temporary bubble of popularity.

Unlike so many contemporary acts that are indebted to the music of the sixties and seventies, Ritter’s music is not a slavish imitation of some particular act.  Rather than being a tribute act in everything but name, he uses those influences as building blocks.  So on one song you’ll hear the pop hooks of Paul McCartney.  On another the rushed delivery of Dylan.  On yet another more of Paul Simon’s vocals.  The whole is more than just the sum of these parts.  It is unique to Josh Ritter, yet accessible for fans of those who have come before.  It’s just familiar enough, without being some sort of slavish imitation.

The Beast in Its Tracks is perhaps unique among the category of breakup albums.  Usually, these albums go in one of two ways—either angry or sad.  Ritter is operating at a more mature emotional level.  Sure, there are touches of these emotions, but the overwhelming sense is one of peace and happiness.  It’s an acknowledgement of what had been, and a strong desire for everyone to move on and be happy.

Email ThisBlogThis!Share to TwitterShare to FacebookShare to Pinterest
Labels: album of the week, josh ritter, music