Do You Not Instinctively Fear Me? 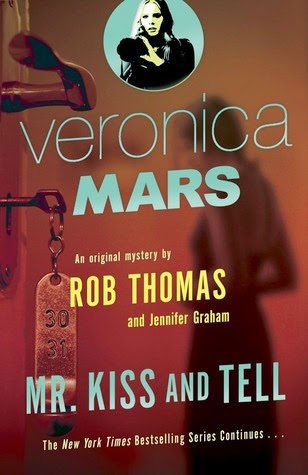 
Here’s a quick synopsis for anyone who is unfamiliar with Veronica Mars.  She’s a post-Buffy Nancy Drew – solving mysteries in a small Southern California town.  The TV show lasted for only three seasons, but there was a kickstarter funded film set 10 years after the end of the series.  This is the second novel.

This is clearly a story set deep into continuity.  There are references to past cases, characters, and relationships.  If you aren’t familiar with this, it’s probably a bit confusing at times.  Or at least you just won’t care.  If you are a fan of the series, however, you’ll find lots of details that will delight you.

This isn’t a great book.  It’s not going to sell you on Veronica Mars.  But if you are already a fan, you are definitely going to enjoy this.  The character voices are all there, and it’s an opportunity to revisit some old friends.