Not What I Expected! 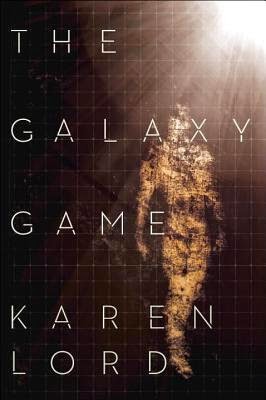 A quick bit of background:  I loved The Best of All Possible Worlds.  I thought it was a fascinating world explored in a classic literary manner.  Needless to say, I was excited to see that The Galaxy Game was going to be published.  Not only another book by Lord, but a sequel of sorts to a novel that I really loved.

It turns out that The Galaxy Game is a bit of a sideways sequel.  The protagonist is Rafi Delarua, the nephew of Grace Delarua from The Best of All Possible Worlds.  After the events in that book, Rafi has been send to a special school, where the government can monitor his psionic abilities.  He’s a teenager, and like teen protagonists everywhere, he runs away, to another planet where his abilities are the norm.

In hindsight, going into this expecting any sort of a sequel was a huge mistake.  While The Best of All Possible Worlds had a retro Golden Age feel, The Galaxy Game at its core is a contemporary YA novel.  Part of the failure is my fault:  I just don’t much like teenage protagonists.  So many factors that make them actual kids are the same things that make them insufferable to me. Unfortunately it’s not all my fault:  The Galaxy Game is very talky, with long tell not show sections set up early in the novel.   It kept me from gaining any momentum reading, and made it feel too much like a chore.

Lord is a very talented writer, but I think that the YA nature of the story should be emphasized to anyone thinking of reading this.
Posted by Burgoo at 9:03 AM