Names are a luxury in Area X 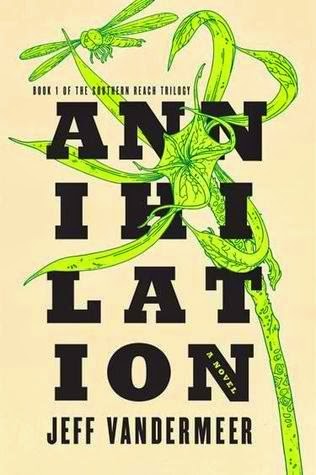 Jeff VanderMeer “Annihilation” (FSG Originals, 2014)
The short version:  if you like literary weird fiction, this is the book for you.  This is a captivating fascinating journey into a strange place.

The longer version:  There’s a place called Area X.  We don’t know what happened there, but it’s separated from the rest of the country.  Expeditions go in to learn about it.  But the expeditions have all gone wrong.  The story that you’re reading is narrated by the biologist, a member of the 12th expedition.

It’s almost impossible to discuss much of anything in detail without getting into major spoilers.  But I loved it!  I can’t wait until the second volume comes out later this year.