Did you ever want a suit of super armor? 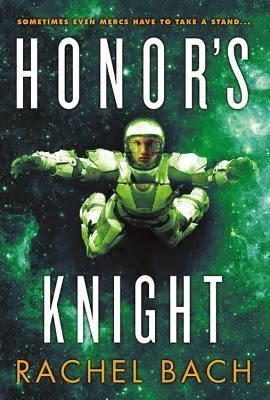 Rachel Bach “Honor’s Knight” (Orbit, 2014)
For whatever reason, I somehow never got around to reading Fortune’s Pawn after its release in 2013.  While it didn’t take the world by storm, there was some good buzz about it, and so I decided to try out the sequel.

There’s lots of talk about books in the middle of a series.  They get baggy and saggy and bogged down in trivial concerns.  Too much scope without enough action.

Bach seems to have found a way to avoid those problems.  Leave a bunch of unanswered questions in the first book.  In book two,  start answering questions while creating new questions.  And double down on action sequences just so no one gets a chance to get bored.

This book was an absolute blast!