Dude, Have You Seen My Spaceship? 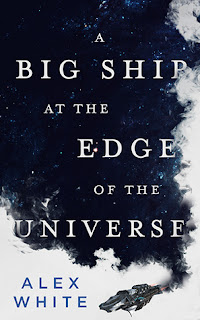 This is a new entry in the recent wave of fun, feel good SF. You’ve seen it described as influenced by Firefly. There are space ships, aliens, galactic civilizations, danger, and maybe most importantly, a fundamentally likable diverse group of characters.

In this case there’s former soldiers, race car (sort of, anyway) drivers, refugees, salvagers. They are on the run, trying to solve a mystery and grab a fortune. Oh yeah, it turns out there’s an old, huge and impossibly evil conspiracy.

Does that sound fun?

Well it was very fun.