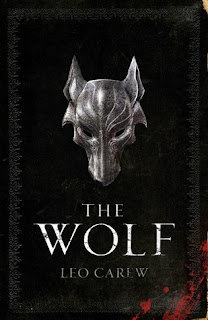 A young man assumes the throne after his father is killed in battle. He has enemies within and without. A man plots and schemes to come from common birth to have money and power. Neighbor nations battle and bleed.

It all sounds pretty standard stuff.  But as always, it is really in the execution.  The Wolf is a simple story that is well told. It is a short war between the English and the Scots with the numbers filed off.  The Scots are giants of a sort. (And yes, the Irish & Welsh seem to be some non-human people well).
This was a well-crafted read that is brutal and gritty without being grimdark. And I was relieved and happy that the author had made that choice.

My only real reservation is external to the work itself. Do we really need another story where the Nordic types are the heroes right now? There is so much white power rhetoric in the air, that this type of story can only add fuel to the fire. I would have been happier without the obvious Northern names and treatment.  (I’m not saying that this is in any way in the text itself. But it is absolutely the external context of the publication).