At Least There Was a Luchadore 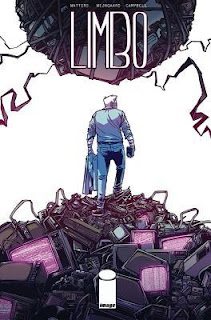 An amnesiac turned private eye lives in a strange city that evokes New Orleans.  He loves lizard on a stick. He’s trying to investigate a luchador (Rudo), but quite frankly is fairly awful at his job.  There’s bits & pieces of various Caribbean cultures and touches of London as well. And if that wasn’t enough to have crammed into this, there’s some Cronenbergian touches relating to technology.

That’s not the real problem, though it is a smaller one.  It does seem to work in a surreal sort of way.  The bigger problem is that there’s nothing engaging enough to pull the reader into the story.  Having an amnesiac as a protagonist means that you are hoping that the reader cares about a blank slate.  And when the world is so strange, it’s just hard to do.

There’s someone out there that will absolutely love this book, but it’s not me.
Posted by Burgoo at 11:54 AM