Death is for the Weak 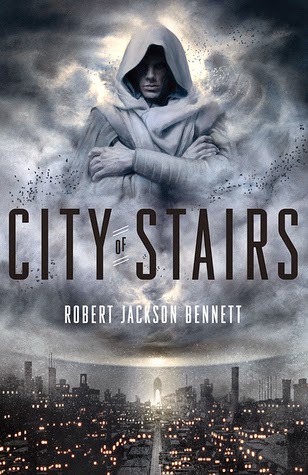 Every once in a while you come across a book that seems to touch on so many pieces of the zeitgeist that it’s actually shocking.

I don’t want to spend time talking about the plot for City of Stairs.  It’s not that the plot is uninteresting.  To the contrary, I found myself deeply invested in the plot as it chugged rapidly along.  It’s just that there’s always a ton of plot discussion.  And quite frankly in some way that’s the least interesting part of this book.

There’s a school of thought that says that SF is always in dialogue with itself.  Books are having a lengthy meta-conversation.  Haldeman is answering Heinlein.  I’m sure that you’ve heard this view.  City of Stairs is listening and commenting on a bunch of conversations at once.  It’s a fantasy that ignores Western European settings.  Its primary characters are people of color, with a woman at the center.  It’s concerned with colonialism, religion and spirituality, with family and heritage.  There’s just so much going on.

And if you’re one of those people who aren’t interested in any of that (and there are some), know that there’s plenty of action.  There’s big bad magic and characters that are willing to go after gods themselves.  There are artifacts and spells.  There’s an elaborate history to the world.

Sold yet?  I hope so.  I thought that Bennett’s last book was one of the best of the year, and City of Stairs is even better.  With every book he’s growing more assured.  This is an exciting book.  Do yourself a favor:  stop reading reviews & go on & read this one already.
Posted by Burgoo at 9:08 AM