There's Only Room for One of Us in This Town 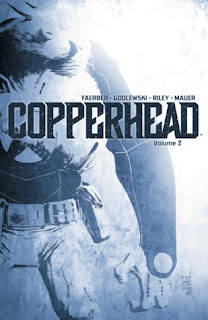 
I had heard this described as a western in space.  Wow.  Whoever said that wasn’t kidding.  Yeah, yeah there are aliens, and some various SFnal trappings, but this is a western.  (Not that there’s anything wrong with that.)

Unfortunately, having watched approximately 10 billion westerns growing up, I am VERY familiar with western tropes and stock scenes.

And my complaint about this story is that it didn’t vary enough from those tropes.  It’s like any other genre.  Use the tropes if you want.  But keep them unpredictable.  I felt like I knew the way everything was going to pan out along the way.

It made for an entertaining enough read, but one that felt rather slight.