Unfortunately not that kind of pirate 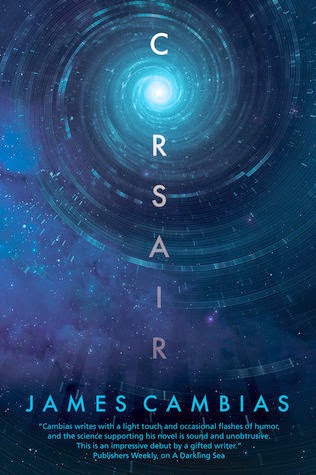 It turns out that this is just an excerpt.  I’m really not sure how to deal with that.  What I’ve read is the first several chapters, so it’s really impossible to comment on any overall themes or plotting.  I suppose that ultimately it’s about do I want to read more of the book.

Corsair isn’t about actual pirates on ships in space.  It’s more of a techno thriller, with pirates operating drone like ships that steal payloads coming from the moon.

In the first few chapters, we meet 3 characters.  David is a pirate, thief, & all round jerk.  Elizabeth is in the Air Force trying to protect the Helium 3 shipments.  Her character is less developed than David’s.  She comes off as a rather cardboard generic military character.  Yawn.  Finally we meet Anne.  Anne is... well, I don’t know.  Her character is so poorly developed that I didn’t remember her name at all,& had to look it up.