Hey I didn't say GrimDark even once! 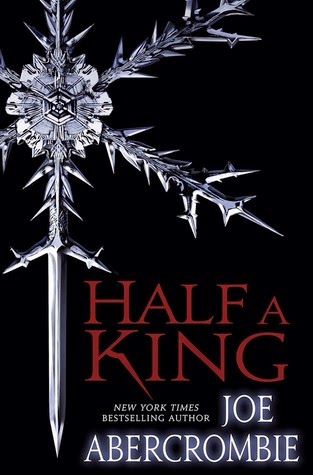 The news, some months ago, was that Joe Abercrombie was going to write a Young Adult series.  There was an appropriate amount of gnashing of teeth, of swearing, and of bold declarations of either love or hate.

Now months later, the release date is here.  The mighty Joe Abercrombie has indeed published the first in his YA series.  The world is still spinning on its axis.  Mighty nations have not fallen.  The question, then, is how is it?  And just what is a YA Joe Abercrombie story?

Let’s look at that second question first.  Abercrombie’s YA is a lot like his regular material.  It’s a crapsack world.  Bad things happen to everyone.  All the time.  He does scale back some of the horrors.  Sexuality is removed.  The mutilations are gone.  But it’s still an awful violent world where terrible things happen to everyone.  Even the characters that are sympathetic are not traditionally heroic.  And thematically, this is a coming of age story that is well within the wheelhouse of YA tropes.

Does it succeed?  For me it was a mixed bag.  I’m a big fan of Abercrombie’s book, liking each one a bit more than the one before.  For me, this was a step back.  There’s a gripping story and the plot rockets you forward.  But that wasn’t enough.

A couple of thoughts on why I was a bit let down.  First, I’m not a big fan of coming of age stories.  So I never really found Yarvi to be a compelling character.  Now admittedly, this is my own idiosyncrasy, so YMMV.  Second, this was the least funny Abercrombie book that I’ve read.  I tend to think of there being a certain type of black humour lurking in the depths of Abercrombie’s books.  I don’t think that I laughed once here.  And I realized that that humour was necessary for me to enjoy a visit to his crapsack world.

If you’re a fan of Abercrombie’s, by all means check out Half a King.  It’s got almost everything that you have been enjoying in his books.  If you are looking for an entry point to his writing, then this would not be the first book I’d recommend.
Posted by Burgoo at 9:40 AM