Hey Aren't You the Guy From that Band? 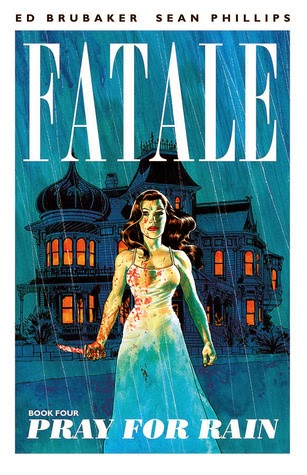 Volume Four is primarily told in flashback:  it’s Seattle in 1995.  The band Amsterdam is on the down side of their rock & roll story.  The hits have dried up and their enigmatic genius is increasingly erratic and sliding into mental illness. The lead singer decides to fund the band by robbing bands.  Maybe this step from the world of rock narratives into a crime story is what causes their downfall.  But he finds HER on the side of the road and brings HER home.  This time she calls herself “Jane” (as in “Jane Doe”).  At first it’s rather idyllic.  Jane buoys the group.   Her presence seems to stabilize them.  They start writing songs again.  But we know HER story in a general sense if not in the details.  Soon enough things go wildly out of control.  These rock guys were not cut out to be in HER story, and it’s too late to get back into their own narrative.

In the larger sense, this fourth volume doesn’t do anything to illuminate any of the overall storylines or portions of the mythos (see what I did there?).  If you aren’t familiar with the story you will be lost at this point.  But for those will some familiarity to the story, this is another exciting and captivating chapter in this oddly compelling series.
Posted by Burgoo at 10:54 AM