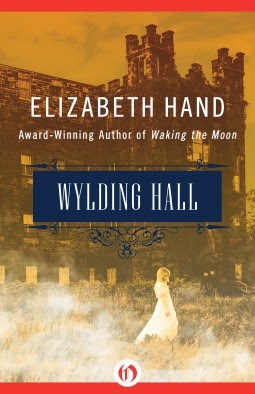 It’s the tension between the realistic and the fantastic that really makes this novella sing.  First, there’s the form itself.  The entire story is told as an oral history.  If you’ve read much contemporary rock history, then you’ve found yourself reading plenty of those.  Events are described by those closest who are willing to talk about them.  There are often parallels or contradictions as memories conflict.  The actors themselves are not very well described, the assumption is that the audience is already familiar with them, and their statements will illuminate their character.

Second, we have the realism of the band themselves.  Windhollow Faire come across as an all too plausible amalgamation of English folk rock bands from the early 70s.  Personally I settled on a cross between Pentangle & Fairport Convention, but you may have other favorites in mind.  Their manager/producer of course evokes Joe Boyd, but then how could a story like this not evoke Joe Boyd?  Julian Blake, the enigma at the center of the story, is perhaps a more occult inclined Nick Drake.

Wylding Hall is the oral history of the now legendary recording of Windhollow Faire’s second, and last, album.  The mystery at the heart of all of this is what exactly happened, and what happened to Julian Blake?

The enigmatic and elliptical nature of the story reminds me so much of the nature of the traditional music so revered by the folk rock revivalists.  We have bits and pieces of Tam Lin or what have you, and the fact that the story is fragmentary is part of why the songs are so compelling.  Likewise, we don’t have all the answers here.  A reader can make their own theories, but ultimately you have to come up short.

If you haven’t caught on, I loved this story.  It’s great when two of your nerdy interests collide, and Elizabeth Hand gives both the respect that they deserve.
Posted by Burgoo at 9:22 AM