One for the Kids


It’s more common than you might think that I hear nerds complaining about the difficulty of finding comics that are appropriate for their small children. We grew up in an age where all comics were all ages.  Now the “normal” comics are so often dour and barely appropriate for adults.  No one wants their children to see images of mutilation and death.  So I was excited about the opportunity to check out a couple of contemporary all ages titles. 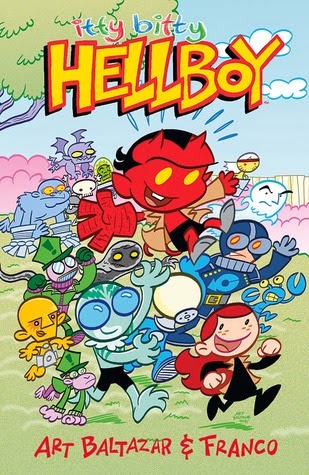 Baltazar & Franco’s Itty Bitty Hellboy brings the style of Tiny Titans to the Mike Mignola’s Hellboy universe.  The major players from Hellboy are all here, represented in a bright, fun post-Peanuts world of children.  While there is certainly plenty of broad jokes (a la Peanuts), the majority of this story is really for fans of the “normal” Hellboy comics.  This is certainly not inappropriate for kids, but works best for adults who are familiar with the original material. 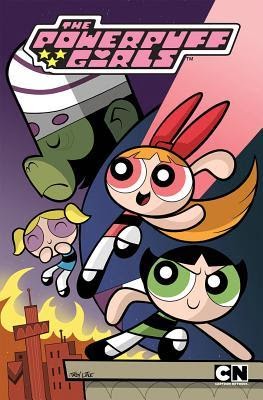 
Troy Little’s Powerpuff Girls, however, is a more straightforward adaptation of the successful cartoon series.  If you ever got to see the series, then you know what to expect here.  A trio of tiny girls with superpowers protect Townsville from Mojo Jojo.  The art is colorful and dynamic with story lines appropriate for small children yet still fun for those of us who are longer in the tooth.  This is a great contemporary all ages book that I would recommend for any home.
Posted by Burgoo at 7:41 AM