May the Glory of Gaea Be With You 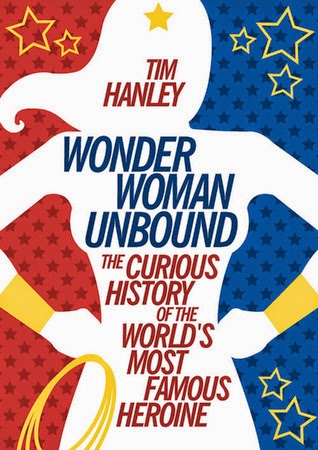 Of all the Golden Age heroes, Wonder Woman may be the most difficult to get a handle on.  Superman is an aspirational character:  an alien who is better than us in every way.  Batman is more of an adolescent power fantasy:  a rich guy who trains really really hard in order to get revenge.  Wonder Woman is…. What exactly?  Her story seems to change at least once per decade.  Is she a goddess, a princess, or a human female?  Is she war like or conciliatory? And what’s up with that plane anyway?

Hanley’s Wonder Woman Unbound is a survey of the various iterations of the character.  He focuses on three primary periods:  the initial run by William Marston, the silver age run by Robert Kanigher, and the 70s time notable by its championing by Gloria Steinem among others.  Hanley does a great job of balancing the information presented.  There’s enough depth and new information that all but the most ardent fans of the character will learn something new, while not overwhelming the casual reader with minutiae.

As a way of adding balance and counterpoint, Hanley periodically checks in on other female characters from the same era being discussed.  Lois Lane, Supergirl, or the women from Marvel comics all seem to be on par with or ahead of Wonder Woman.

Hanley has constructed a fantastic narrative of the history of this character.  While obviously a labor of love, he is not afraid to criticize when necessary.  This is no hagiography:  it’s a look at the Wonder Woman’s history warts and all.  Accessible enough for newcomers and yet informative and provocative for the hardcore fan, Wonder Woman Unbound has something for everyone interested in comics and their role in popular culture.
Posted by Burgoo at 9:25 AM